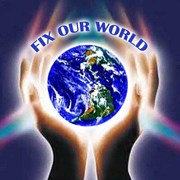 Export to Outlook or iCal (.ics)

Please mark April 21 and May 5 on your calendar for climate change actions in Hamilton.

Saturday May 5 is the global day of action on climate change. The objective is to “connect the dots” between extreme weather and climate change and emphasize that this is a crisis today not just one that may affect us sometime in the future. The Hamilton 350 Committee will focus on extreme rainstorms and the resulting flooding (see information below). Plan on joining us at 1 pm on Saturday, May 5 outside Jackson Square at King and James in downtown Hamilton (and bring an umbrella and a loonie). Later in the day you can also be part of a 350 event at the Dundas Driving Park starting at 3 pm.

On Saturday April 21 our mock oil tanker will join the Earth Day walk starting fromBayfront Park and travelling to Princess Point where there will be a 350 display. We don’t require a big contingent, but if you can join us please arrive at the park (beside the main parking lot) by 9 am.

We’ll have more information soon – including a poster on the May 5 action. In the meantime, watch this stunning two minute video at http://www.climatedots.org/thingshappen/ and share it with your friends.

Every year since 2004 Hamilton has been subjected to storms severe enough to cause flooding of homes. Altogether there have been 17 flood storms, seven of which have displayed at least some characteristics that are only supposed to occur once every 50 to 100 years. And there’s no doubt that at least one on July 26 2009  exceeded the once-in-100-year standard.

Of course rainy days aren’t unusual, but the pattern in Hamilton over the last few years is unique.

Over 7200 homes have received compassionate grants from the city to help cover a small part of the cost of flooding – a payout of $5 million. Insurance claims from the 2009 storm exceeded $200 million. Direct city costs were $14 million. Capital spending from 2005 to 2014 in response to the storms stands at $341 million. Added together the cost of these storms and attempts to minimize future damage approaches the annual property taxes collected in the city or about $3000 per household.

RSVP for global day of action on climate change. to add comments!